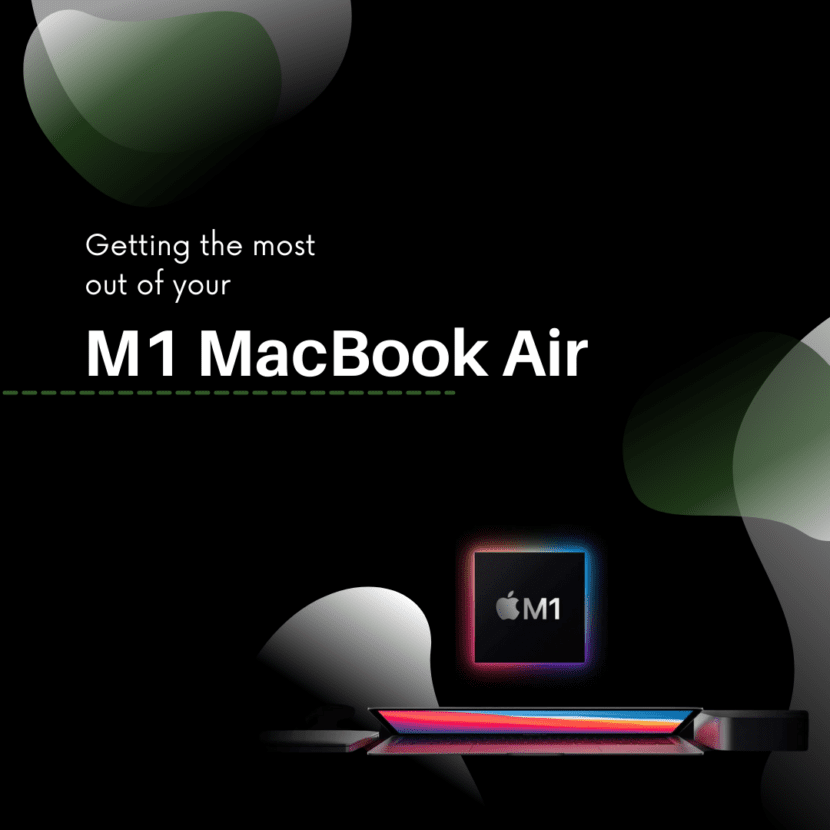 The new M1 Macbook Air seemingly exceeds all expectations. In fact, many reviewers are struggling to find any downsides to the 2020 M1. The M1 Macbook Air boasts high performance speeds, exceptionally long battery life, and a new, silicone chip that replaces the Intel core of its predecessors. But is the M1 Macbook Air the right fit for you?

In this blog, we’ll discuss the top features of the M1 Macbook Air as well as some tips on how to get the most out of your M1 Macbook Air.

All former Macs run on an Intel-based processor. The M1 Macbook Air is the first of its kind, running with an Apple-owned chip. But what’s the difference? The M1 is supposedly faster and allows users to upload iPhone and iPad apps. The cooling system is also more quiet than the fan-based cooling system of previous Macs.

Get ready for battery life that lasts all day! The M1 Macbook Air boasts 14 hours and 40 minutes of battery, a significant improvement from Intel Macs. This makes the M1 Macbook Air the perfect option for people who use their computer daily for work.

How to Get the Most Out of Your M1 Macbook Air

We’ve compiled a few tips and tricks that will have your M1 Mac performing at its very best.

1. Check to See If Your Apps Are M1 Compatible

The M1 Macbook Air performs optimally with apps that are optimized for the silicone M1 chip. Because the M1 chip is so new, many of your apps have likely not yet been updated for the M1 platform. You will still be able to run apps that were made for the Intel chip, but they will not run as efficiently. There are several tools you can use, however, to see if your current apps have been updated for compatibility with M1. This website provides an entire list of apps that are M1 compatible as well as performance analyses.

If you have apps that are incompatible with M1, Rosetta will allow you to effortlessly run those apps with the M1 platform. Rosetta re-manufactures apps that are designed for Intel software so that they will work seamlessly with the new M1 chip.

3. Install Your iPhone Apps on Your M1 Macbook Air

Perhaps the best feature of the M1 Macbook Air is its ability to run iPhone and iPad apps on the Macbook itself. So, any apps or games that are installed on your phone can be run on your M1 Macbook Air by using your keyboard and mouse pad instead of using touch screen abilities. The best part about this feature? You can stream videos, play games, etc. on a much larger screen!

Overall, the M1 Macbook Air is an impressive product. It is an efficient device for workers, gamers, and everyday users alike.

Have more questions about the M1 Macbook Air and its silicon chip? You’ve come to the right place! Our expert technicians at iParts & Phone Repairs are happy to address all of your questions and concerns.