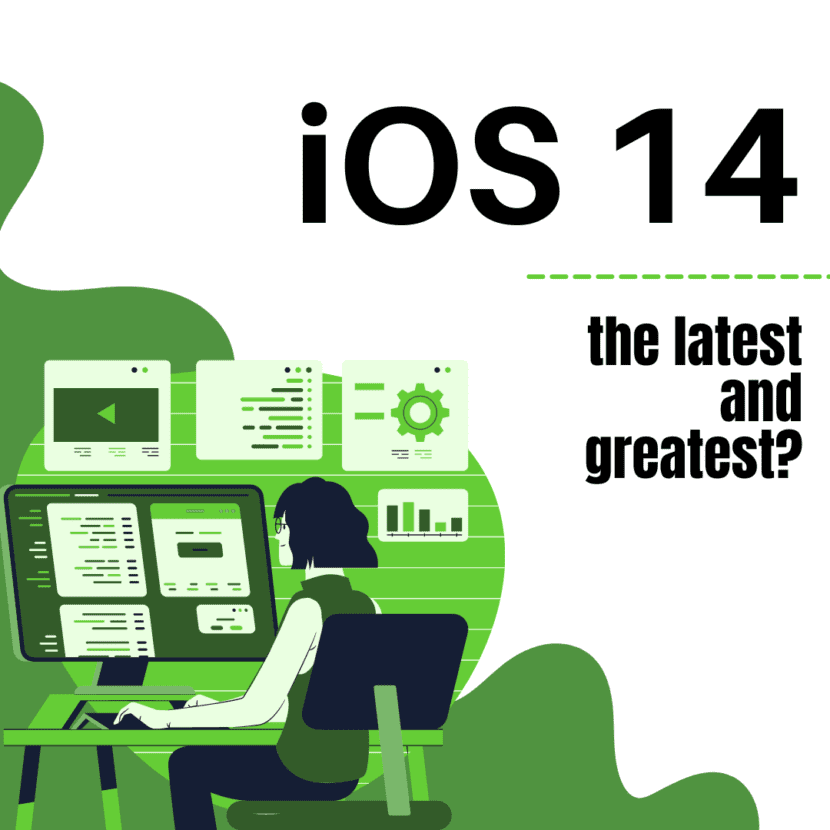 In September 2020, Apple released its latest iOS operating system, iOS 14. This new software release came without the release of any new iPhone models, which means Apple put the new features of the iOS 14 update at the forefront. In this blog, we’ll tell you everything you need to know about iOS 14: its features, its effect on old iOS users, and the pros/cons of updating.

Perhaps the best thing about the iOS 14 update is the fact that the majority of its features are optional. So you can try each one out, and if you dislike it, you can switch back to what does work for you.

Also, say goodbye to a cluttered display screen! The new App Library organizes your apps alphabetically and categorically, and it also puts your most-used apps at the forefront. Even better—you can “hide” all of those icon-filled screens as well. And anytime you want to see them again, you can re-enable their visibility.

There’s also a new Picture in Picture mode, which allows users to use multiple apps at once. For example, you can watch a YouTube video and scroll through Instagram at the same time. The video will play in a small window that can be resized and moved around to any part of the screen.

Although we can’t cover all of the new features that come with the iOS 14 update, we’ve highlighted what we consider to be some of the most innovative and exciting features.

What About Old iOS Users?

There’s no doubt that the latest iPhone models (especially the iPhone 12, iPhone 11, and iPhone 11 Pro) will benefit from the iOS 14 update. But what about older iPhone models?

There are also some errors associated with the Default App feature for mail and browser. Selecting default apps and browsers only works until you reboot your device; once you reboot, your phone will revert back to previous settings.

There are plenty of new features that work exceptionally well on older iPhone models, too, including the Siri update, the new Translate app, and group chat features.

Bottom Line: Is It Worth Updating to iOS 14?

If you have an older iPhone model, the first 24 hours with the iOS 14 update are a bit of a gamble. Certain apps might be broken, and it might take awhile for those bugs to get resolved.

So is it worth it to update your iPhone to iOS 14? We’ll leave that decision up to you, but we do believe the benefits outweigh the potential bugs.

If you have any questions about the iOS 14 update, don’t hesitate to contact us here at iParts & Phone Repairs ! Our iPhone experts will be happy to help.